Posted on behalf of Chrissie Perella

At the University of Pennsylvania’s Kislak Center, we went “behind the scenes” for Archives Month.  The items on display represented the cataloguer’s favorite examples of the moments before the big moments.

Among these hidden moments was an audition book used by Leopold Stokowski during his time with the American Symphony Orchestra (1962-1972).  Proofs of Edward Gorey’s Amphiogrey Again had his edits in red pencil.  Did you know the Walt Whitman Bridge used to be named the Gloucester Bridge?  I didn’t either, but the general public seemed very opposed to renaming it (1954-1965).  Reasons given included that Whitman “wasn’t that great.”

Two of my favorite items were a 15th-century German medical and astrological miscellany, featuring a beautifully colored Zodiac Man, and a poster advertising a talk from Dr. Robert Rines at the Vermont Institute of Natural Science in 1977 about his Loch Ness investigations.  That’s one lecture I am sad to have missed! 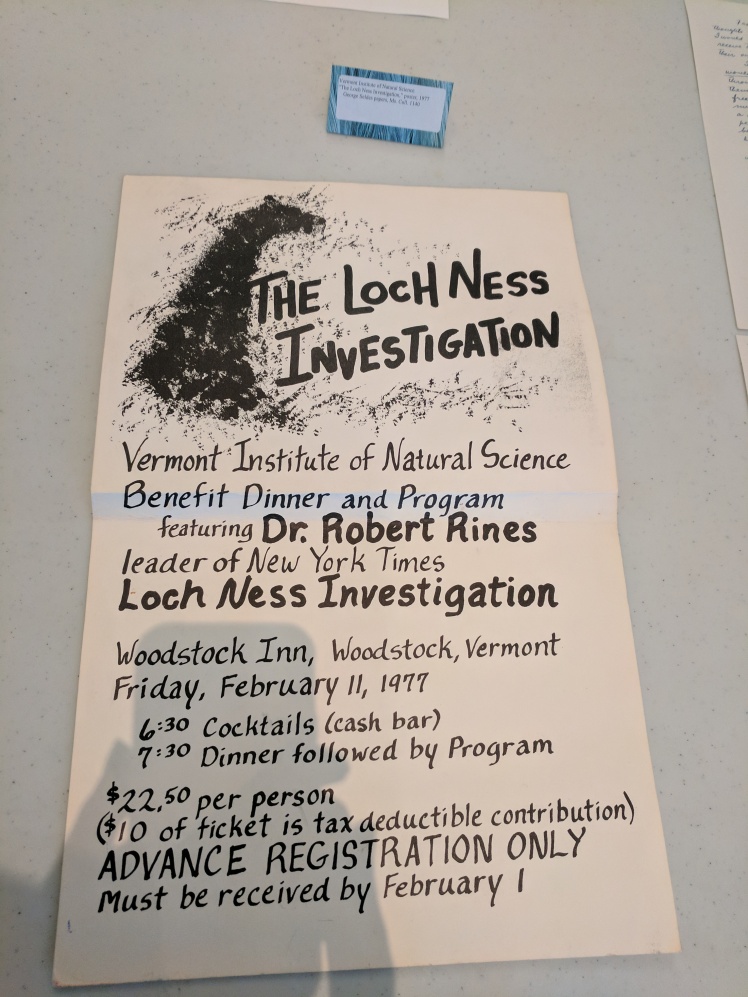 If you weren’t able to make it out, you can “visit” the exhibit at https://pennrare.wordpress.com/events/behind-the-scenes/.